The film industry is a good reminder that art and business are more closely related than we might think. It’s also important to remember that without steady advances in science and technology, “the movies” would not exist. Now, nearly 130 years after the first film premiered to audiences, perhaps that three-way intersection of art, commerce, and science is what makes cinema so compelling.

Most historians consider the 1890s to be the birth of the motion picture. Photography had existed for several decades at this point, and two French brothers named Auguste and Louis Lumiere were instrumental in developing new techniques and processes to improve cameras and film stock. In 1894, the Lumieres were invited to Paris to witness a demonstration of the peephole kinetoscope, a new invention by the American Thomas Edison. The kinetoscope was a revolutionary camera that produced the illusion of moving photographs. This illusion is based on two optical phenomena:

Persistence of vision: The brain’s tendency to “retain images cast upon the retina of the eye for a fraction of a second beyond their disappearance from the field of sight.”

Phi phenomenon: The illusion of movement between images when they succeed each other rapidly. 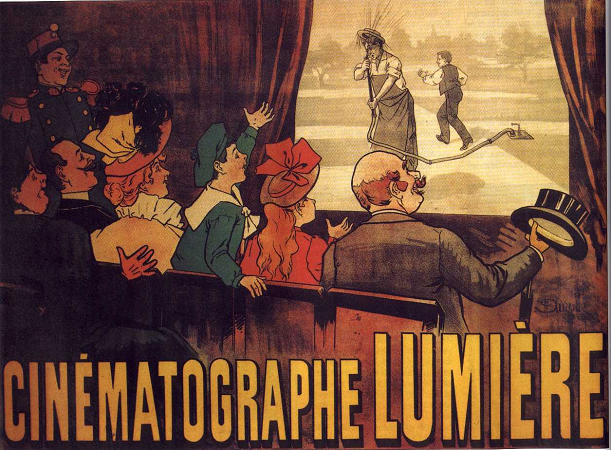 Edison’s kinetoscope was groundbreaking, but it only allowed one person to view the moving image (via the “peephole”) at any given time. The device was also so huge that it could not be easily moved. The Lumieres envisioned film exhibition on a grander scale and set out to create their own motion picture camera. The result was the cinematographe, where we get the term cinema.

Filming 16 frames (pictures) per second, the cinematographe was lightweight, portable, and allowed the Lumieres to film scenes both indoors and outside. Because of its mobility, the cinematographe became extremely popular in Europe, Japan, Russia, and across the rest of the globe. The cinematographe’s success encouraged Thomas Edison and the Americans to design new cameras in order to compete.

Initially, movies were novelty items. Most “films” involved a single shot of something happening, like a train pulling into a station. These films were described as “magical demonstrations” mostly shown at vaudeville theatres, carnivals, and in circus tents. Audiences loved these shows, and there was a lot of money to be made for the exhibitionists.

By the end of the decade, there was a shift in thinking about motion pictures. Filmmakers began to explore the medium as a platform for storytelling rather than a “magical” gimmick. French filmmaker Georges Melies was one of the pioneers of multiscene films that introduced characters and narrative storylines. Melies was prolific—he is credited with making over 500 films.

Melies was a major influence on Edwin S. Porter, an American filmmaker whose 1903 film The Great Train Robbery was a runaway success. Porter had achieved realistic continuity editing, which is the practice of framing and cutting a motion picture to appear seamless. The goal of continuity editing is to trick the audience into forgetting they’re watching a series of still photographs and instead allow the film’s story to captivate viewers 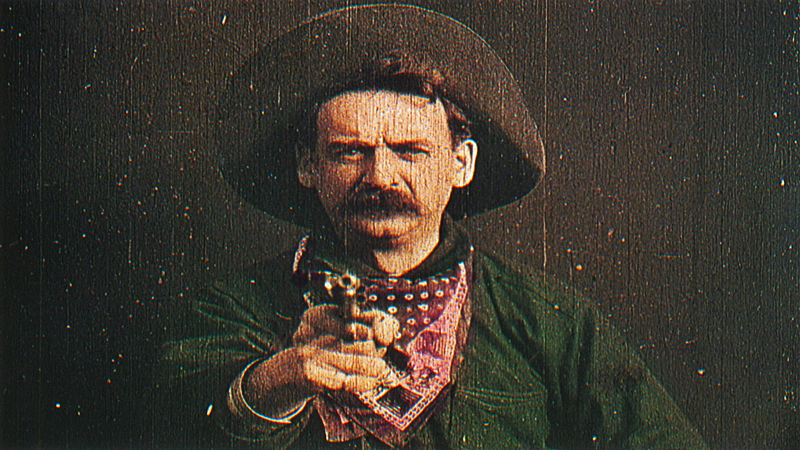 Even though cinema was in its infancy, its boundaries were constantly expanding thanks to the creativity and scientific genius of its early adopters. Now that movies could tell stories to large audiences, artists and businessmen realized the opportunities of a motion picture industry. Production studios sprang up everywhere in France and across the world. But no region was to become as important to the development of the burgeoning film industry as a sleepy Los Angeles suburb: Hollywood, USA.